Alex Hamilton grew up behind The Espy. A VHS of The Last Waltz may have held his destiny. He loves everyone from Neil to Bob, to Joni to Townes. Thinks George Jones is the greatest. He makes music with friends in inner-city Melbourne. It’s folky and country rocky, sounds a bit like suede and whisky and is excellent.

Love Police Records & Tapes is pleased to announce the release of Sweetest Wine, the debut album by Melbourne singer/songwriter/guitarist Alex Hamilton. Guitarist and live-band fixture for rising folk-influenced singer/songwriter Grace Cummings, and previously a member of Courtney Barnett’s band, Alex has been an integral part of Melbourne’s flourishing singer-songwriter scene for the better part of two decades now. A scene regular not only as an accompanist but with his own band and playing solo as well, Alex has finally stepped out with an album of his own.

Sweetest Wine, which received a low-key digital only release earlier in the year that pricked the ears of Love Police around the same time they started thinking of doing the label, features eight original tunes that combine Hamilton’s poetic songwriting sensibility and strong vocal and instrumental abilities with folk, country, and country- rock influences. It was engineered, produced, and mixed by Jesse Williams, best known for his production work on Leah Senior's records and Grace Cummings' first album. Jesse also played drums, piano, organ, and guitar on the record. Other guests include Leah Senior (Jesse’s partner in the Girlatones and a much-loved singer-songwriter in her own right), fellow Grace Cummings band member and solo recording artist Cahill Kelly, and Grace herself.

37-year-old Alex Hamilton is Melbourne born and bred. He grew up behind St Kilda’s iconic Esplanade Hotel – his mum worked there. “I was only maybe 10 or so but spent a lot of time in the pub and saw a lot of music and bands hanging around etc, “ explains Hamilton. “I guess that had an impact on me. I started playing music when i was about 16, learning guitar. My dad played guitar too so there was always one lying around the house."

St Kilda music in the ‘90s was still under the rein of a certain dark prince, and Nick Cave’s work with the Boys Next door, the Birthday Party and the Bad Seeds certainly had an impact on Alex. But he dug classic guitar-based rock from earlier times more: “Hendrix, Cream, Johnny Winter, and particularly the Allman Brothers. I loved Neil Young’s guitar playing too as well as his song writing. My guitar teacher was a big country music and rockabilly fan, so he used to show me heaps of cool stuff. And we had a copy of The Last Waltz on VHS at home too which I loved watching. That was probably my first exposure to Joni, Dylan, Van Morrison, The Band, Emmylou etc.”

It is that exposure to The Last Waltz and the love of country encouraged by his guitar-teacher that perhaps shines through most on Sweetest Wine: “Influence wise, Dylan has been the artist that has inspired and amazed me for me for a long time now. George Jones is by far my favourite country singer; I’ve listened to a lot of him. Lorretta Lynn too, Tammy Wynette, Conway Twitty, Willie, Patsy Cline, I love all of them. The art of country songwriting and the art of the delivery is just something I love, as well as the musicians who played on that stuff. And Gram Parsons, Townes, Guy Clark and Emmylou Harris... that whole 70’s country ...”

Alex ventured onto the live scene in his twenties, entering an alternative scene across town from the Espy in Melbourne’s inner north which was combining newly discovered roots influences with personal songwriting and a deeply artistic approach. His first main project as a singer and songwriter was with the Merri Creek Pickers, who were regulars at venues like the Northcote Social Club and the Evelyn, and who played Love Police’s Boogie Festival in 2012

“We started as a sort of bluegrass/country band then discovered the Grateful Dead and morphed into a country/psychedelic rock band who loved playing 25-minute jams,” says Hamilton, of the Merri Creek Pickers. “Before we went full Dead-mode we made an album called Music From Kennedys Pool which was a more country/singer songwriter vibe. I always wrote my own singer/songwriter stuff too, I didn’t really push that hard with the solo thing though, just playing gigs here and there occasionally. Just got the foot in the door the normal way really, playing the usual venues mostly here on the north side, supporting friends’ bands, meeting through other friends, and putting bills on together. I played guitar for Courtney Barnett for a few years in the time around her first album.”

Out of this came the relationships and connections - Grace, Jesse, Leah, Cahill, Pete Convery etc - upon which his current musical life – as both singer/songwriter and an accompanist – was built. “I’d say the main catalyst for us all coming together has really grown out of late-night parties when the guitar gets handed around. We all share a passion for songwriting, and we’ve all played new and old stuff for each other on an acoustic in a room at a party many times. Early on I think a mutual appreciation for each other’s writing just made us all want to work together. We are all genuinely close friends too, so we’ve spent many hours talking music etc together.”

Sweetest Wine has a rich varied pallet and some gorgeous tones, including the sweet timbre of Alex’s own voice. While Alex reckons a mutual pop/rock love he shares with producer Jesse influenced the recording – “Big Star had a real influence on the actual sound of the album I’d say” – there’s a warmth to mix of guitars, keys and drums and the actual room sound that also invokes classic Dylan and Band and more recent masterpieces like Gillian Welch’s Soul Journey. Some might say there’s a hint of Welch’s voice in Hamilton’s wearily-keening, pure and at times sorrowful vocal as well. Like Welch, Alex evokes eons of musical inspiration but firmly plants his feet in the here and now, finding eternal truths in the notes that accompany his words. While the album’s eight songs do tend to dwell on the down – titles like “Depression”, “Dark Side”, “Sunk” and “Blue (You Got Me)” are telling, and the title track is not the only song finding solace in the bottle – the lilting melody and kinda-beat-but-not-yet-beaten vibe and joyous chorus of “Time”, and the plaintive gratitude of “She Knows Me Well” provide a sense of optimism and balance.

Alex will get out and support Sweetest Wine with some live work as soon as such things are possible. He’ll be out there helping his friends with their new releases too. Keep an eye out for him – quality attracts quality, and Alex is part of a quality scene – and with a second album already in the works, he’s ready to put his own work to the forefront. 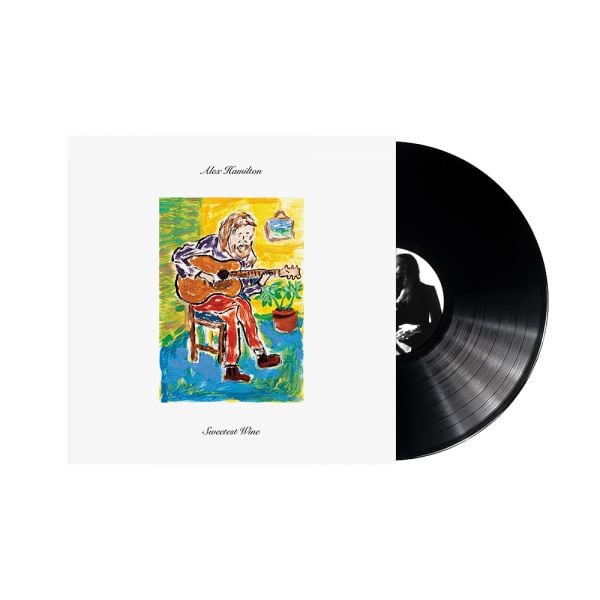 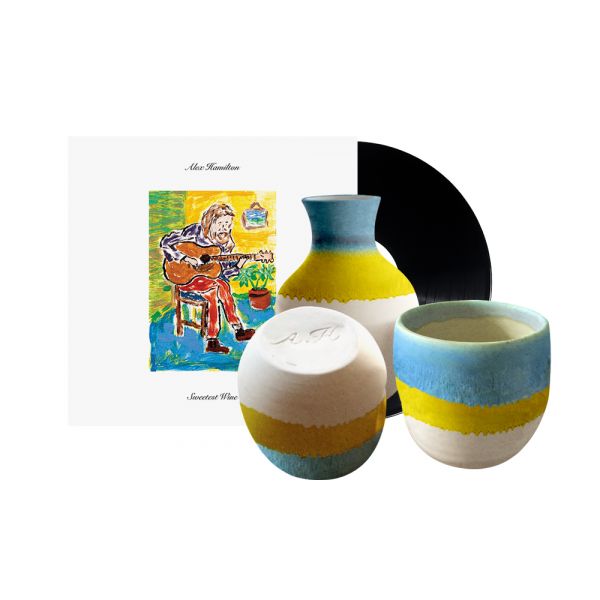 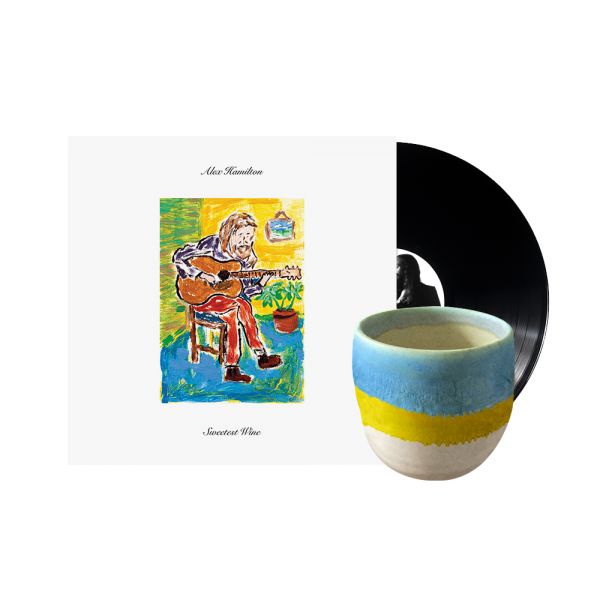 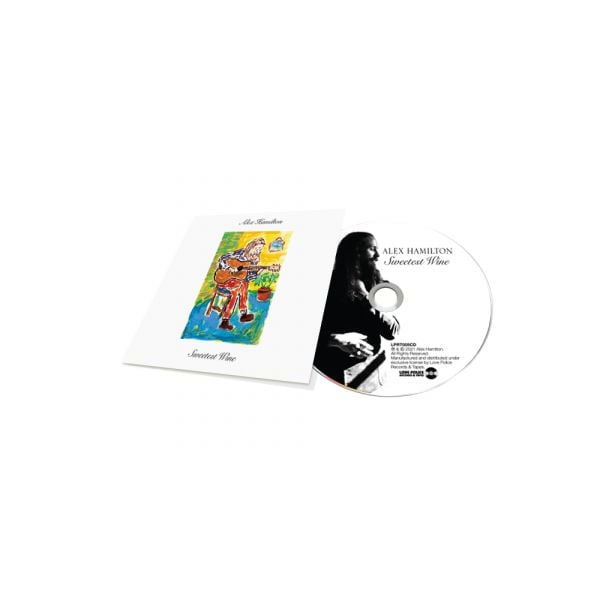 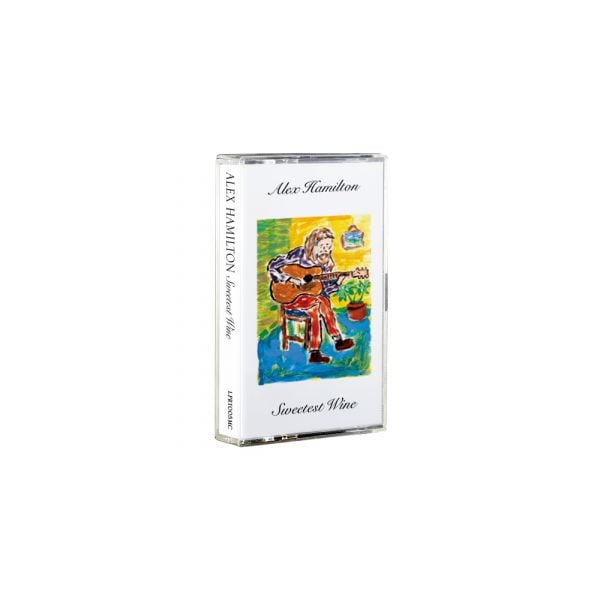 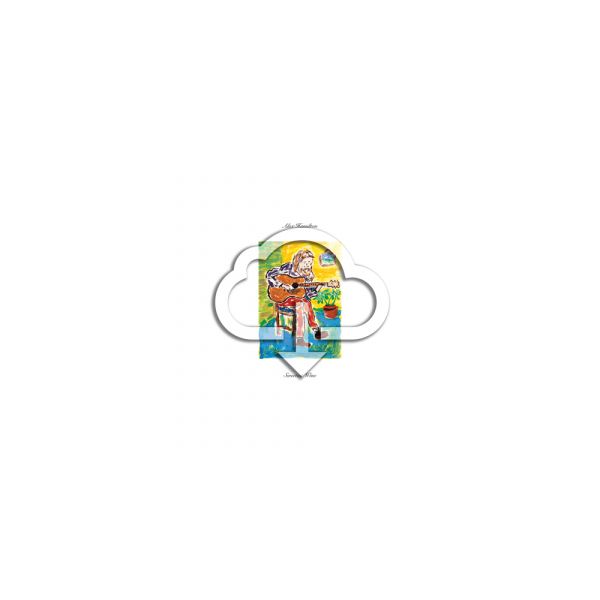