Melissa Carper has been described by Nashville Scene as a “first-rate songwriter”, and by Saving Country Music magazine as "one of the greatest classic golden-era country singers and composers of this generation". Her Australian label has said she sounds something like “Karen Dalton cruisin’ through the Texas Hill Country. The sound of THAT VOICE was undeniable”.  She has been making her presence felt strongly on any number of scenes across the South in recent years and is now set to become one of the hottest names on the Americana scene in the US and internationally.

Melissa has a raw and earthy vintage sound that will appeal to fans of people like C.W.Stoneking and Pokey LaFarge, and she imbues everything with the authenticity of someone who grew up playing in her family’s country band, and who has lived the life of a rambler. As No Depression magazine has said: “It’s a tricky thing that Carper has done. She clearly revels in recreating the music of her heroes, carefully preserving the sense of romance and immediacy of the old classics. Yet by bringing her own experiences into the canon, she is unearthing a history that includes so many more of us, finally allowed to speak out through memories forgotten due to silence and taboo.”

It’s been said that not all who wander are lost. Some of our greatest treasures have come from wandering hearts, those who are not afraid to take risks and experience what our world has to offer. Singer/songwriter, upright bassist, and lifelong wayfarer Melissa Carper is one such wandering heart, as is clear on her new solo effort, Daddy’s Country Gold. This shimmering 12-song collection of original gems about love and a desire for the simple life mixes melancholy and humour and creates an irresistible pull between laughter and heartache. Having been compared by her listeners to a bluegrass Billie Holiday and a country Janis Joplin, Carper’s distinct and pure voice has reached a new strength and maturity in Daddy's Country Gold.

As a child, Carper, who acquired the nickname “Daddy” years ago from her bandmates for always knowing how to “take care of ‘bidness’,” would lay her head underneath the family record player as she listened to Hank Williams, Patsy Cline, Johnny Cash, and other greats from her parents’ collection. After a childhood spent in her family’s country band, Carper attended the University of Nebraska on a music scholarship, spending much of her time in the library devouring every Billie Holiday, Ella Fitzgerald, Frank Sinatra, and Nat King Cole album she could find. Around this time, Carper’s father gifted her a full collection of Jimmie Rodgers’ recordings, which was a pivotal moment in finding her unique style of song craft.

After two years of college, wanderlust spirited her away in an inherited 1980 Dodge Maxi-Van, to the historic little town of Eureka Springs, Arkansas, where she saw street performers for the very first time. Busking seemed a very free and appealing endeavour, so Carper diligently learned all the old country songs she loved as a child. As she belted out the lyrics to “Ramblin’ Man” on the Eureka Springs street corners, life began to imitate art; Carper relocated to music hubs like New Orleans, New York City, Austin, and eventually Nashville, oftentimes busking to make ends meet until gigs would come along. In each hub, she immersed herself in the regions’ musical styles and added them to her arsenal of influences.

Along the way, she founded award-winning bands like power trio The Carper Family, the perfect outlet for her unique skills and style. The band brought her original work to life in a simple yet dynamic fashion that also served her inspirations - country, bluegrass, western swing, and old-style jazz, playing festivals and shows across the globe, and on shows like “A Prairie Home Companion.” Carper also holds a spot in award-winning Arkansas foursome Sad Daddy and founded roots duo Buffalo Gals with Sad Daddy bandmate and girlfriend Rebecca Patek.

Wanderlust and kismet collided during a stint in Nashville, where she knew she wanted to record her old-time country-tinged, western swing-infused solo album. Having befriended fellow Arkansan and bassist Dennis Crouch (Time Jumpers), Carper sought his advice in putting together the crew that could bring her vision to fruition. Armed with an impeccable line-up of Nashville’s finest session players - Chris Scruggs on rhythm guitar and pedal steel, Jeff Taylor on keys, Matty Meyer on drums, Billy Contreras on fiddle, guest appearances from Lloyd Green, Brennen Leigh, and Sierra Ferrell - the foundation was set. With Crouch and producer/engineer Andrija Tokic (Alabama Shakes, Hurray for the Riff Raff) at the helm, the all-in-one-room performances were captured live to tape at Tokic’s studio The Bomb Shelter. With Crouch on bass duties, Carper was free to focus on delivering her vocal magic, and the raw, early 20th-century vintage sound she desired came to life.

Daddy's Country Gold is just that - 12 glittering Carper originals of the country, western swing, and jazz variety. From the first notes of album opener “Makin’ Memories,” to the whimsical “Would You Like To Get Some Goats” and the heart-wrenching tenderness of album closer “The Stars Are Aligned,” this lifetime of work, experience, and wanderlust culminates in a beautiful portrait of heartfelt music, written by a road-lovin’ gal who has lived these songs and spent her life playing music for folks that still love the real thing.

“Not unlike Loretta Lynn, Melissa Carper is giving us scenes and stories and vignettes that kind of play out between home and the honky-tonk” - NPR

“Daddy’s Country Gold isn’t just an ambitious solo album. It’s a brilliant revelation of what some have known for years, and what many others are about to find out: Melissa Carper is one of the greatest classic golden era country singers and composers of this generation.” - Saving Country Music

“Singer-bassist Melissa Carper sounds like a voice from a bygone era...Evoking the cool, smoky croon of a lounge singer, Carper gives some winking commentary about having a good time.” - Rolling Stone Country

“There’s something so absolutely refreshing about straightforward, old-fashioned playing. An homage at points, but very much of Carper’s sound…the right amount of rascally sweetness of a country night out.” - Country Queer 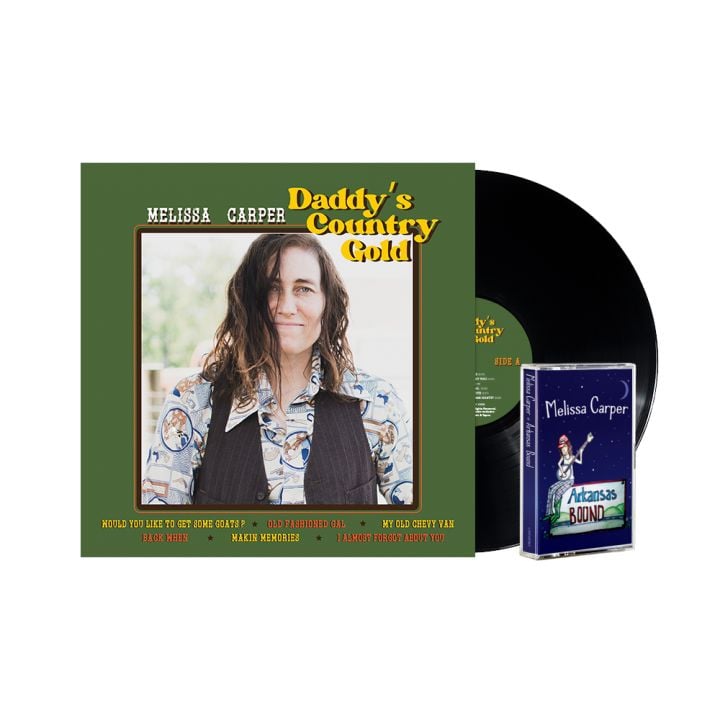 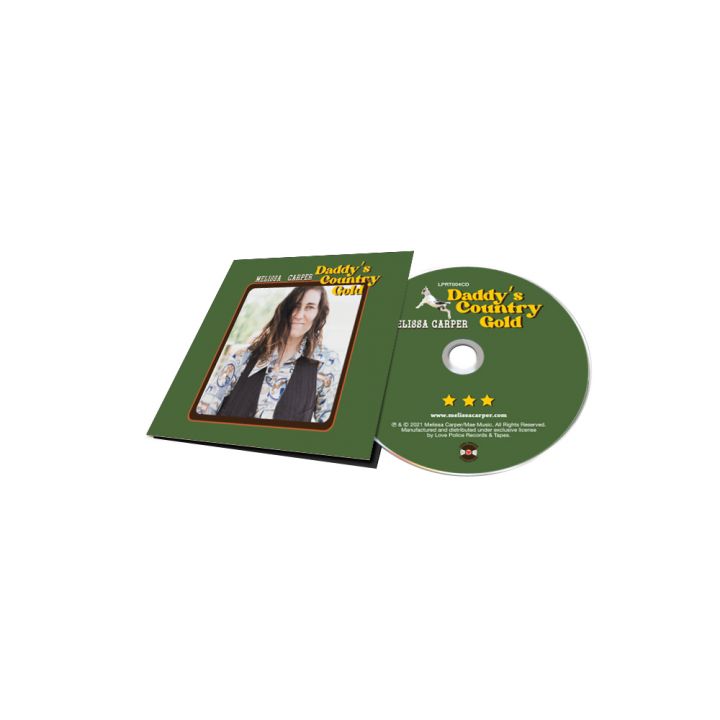 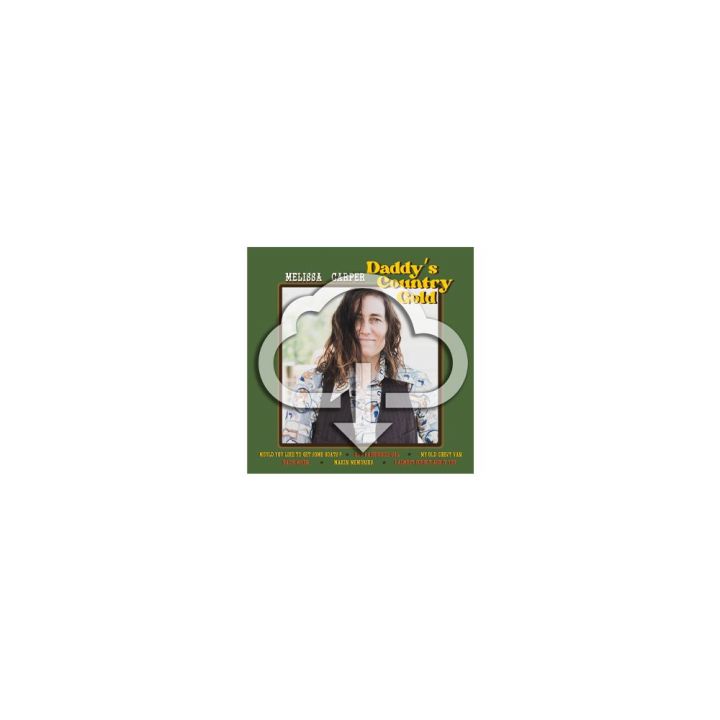